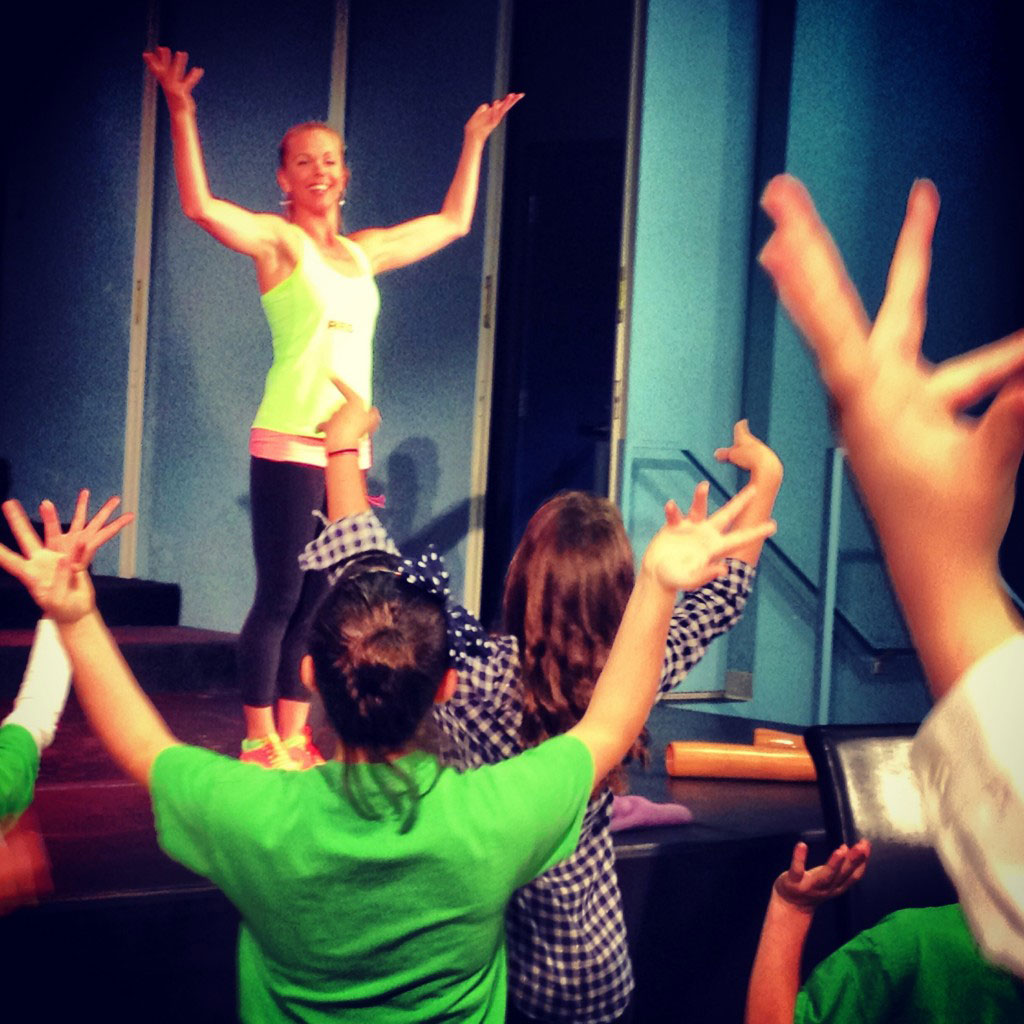 REDed founder Dale Pope has a vision. She’s on a mission to “have the entire world dancing.”

And how’s that mission coming along? Well, she keeps getting called back to Los Angeles to deliver REDed’s unique and engaging dance lessons every January and February since 2011. They love her so much over there that we’re worried that one of these days they simply won’t let her come back home!

Back in 2011 we formed a special friendship with Laurence School in L.A. The school loves hosting Dale; in fact, in 2014 as part of a special REDed In Service session Dale prepared a 50s dance for all the staff to perform for students and parents at their Founders Day celebrations – what a win!

Dance classes for the masses (of children)

It doesn’t matter where you come from on this little blue ball of ours, dance is likely going to be a part of your culture’s expression in one way or another. Just about every society in the history of humanity has had its own paintings, its own music, and has developed its own forms of dance.

So we find it the tiniest bit sad that while the visual arts, writing, and music are all parts of the usual curriculum (although this sadly is being reduced in some places), dancing is left out in the cold. It’s a crying shame, because dance is primal, it’s athletic, it’s creative, it’s expressive, it’s silly, and it’s fun!

Despite all the differences in cultures that formed the variety of dances that we teach, dance itself is a method of breaking down cultural barriers. While dancing can of course be done completely on one’s own, put a group of kids together to dance and you’ll see children learning how to interact and cooperate with one another.

A shy boy or girl comes up with one really cool move and suddenly they’re a hero because all the other kids want to learn how to do it.

Some children, who might otherwise never interact, will recognise kindred creative spirits and will group together to encourage each other to come up with routines all of their own.

At the very least they’re going to learn to respect each other’s space so their elbows don’t end up bopping another kid’s nose.

REDed Top Tip – One of the best ways to engage your whole school in a “feel-good” moment is to have your staff role-model what teamwork, fun, (and if required) the occasionally goofy moment looks like.  This is an awesome message to your students to encourage them to try dance (or anything they feel nervous about or unskilled in).

Getting our groove on in Carnarvon, WA

REDed hits the road with ImagiNATION